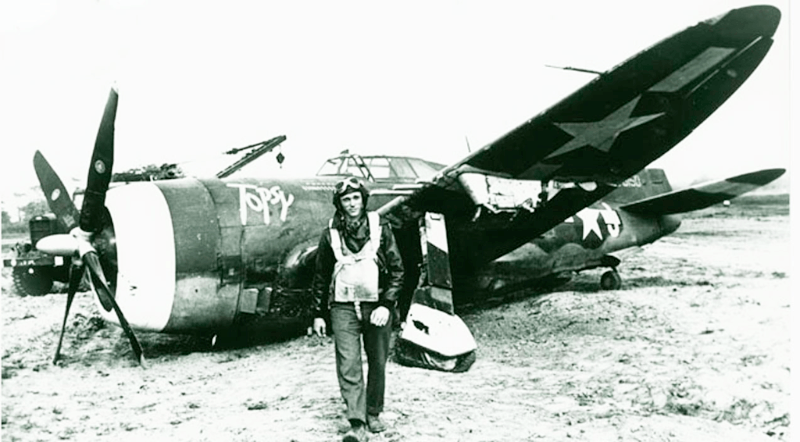 “It took a lot of punishment.”

Captain Bill Cooper was an American World War II fighter.  He flew 70 missions, including during D-Day, Battle of the Bulge and the invasion of Holland. One of his planes was the P-47 Thunderbolt, of which he said, “It took a lot of punishment.”

Shot down three times, he always managed to get back to his own lines.

During one mission he had to crash land at his airfield. With a massive hole in his right wing and part of his tail missing, he had to touch down at 200 MPH.   Another time he was shot down over some farmland.  When an enemy soldier began shooting at him, he dashed into the woods, hiding in a mound of potatoes to escape detection.

Not all of his stunts were in battle, however.  One time he decided to fly under the Arc de Triomphe in Paris.  Seems there was a bottle of whiskey at stake.  He and his wingman pulled it off, turning their planes sideways to fit through.  No small fuss ensued, and it was a good thing pilots were needed in the air.