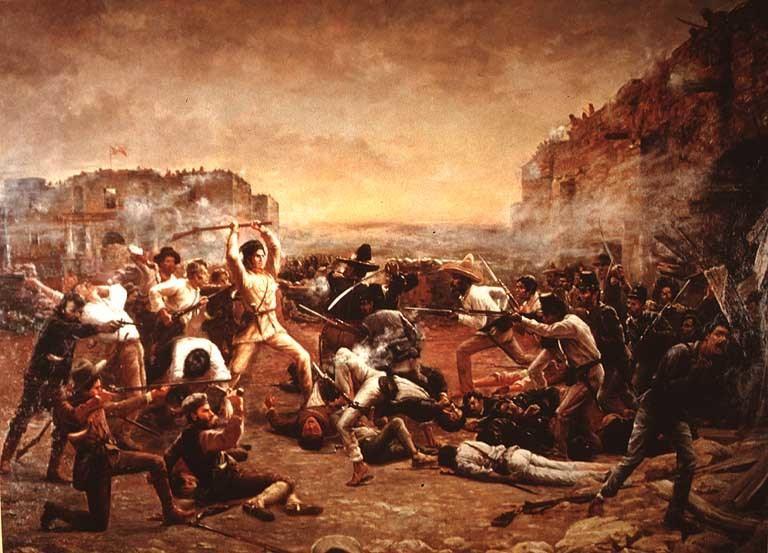 “I shall never surrender or retreat.”

American schoolkids learn about the Battle of the Alamo during the Texas Revolution, and men like James Bowie and David Crockett who defended it. When Santa Anna’s army arrived outside the walls, Lt. Col. William “Buck” Travis sent for reinforcements. He wrote:

”… our flag still waves proudly from the walls – I shall never surrender or retreat.”

A couple of days later, thirty-two troops from Gonzales managed to fight their way into the Alamo. Today they are known as the “Immortal 32.”

After days of cannon fire, Santa Anna ordered an assault. He sent 1800 men against the fort. Travis went down, one of the first to die. The Texans abandoned the crumbling walls, and then it was bloody hand-to-hand fighting. Bowie, stricken with an illness, died in his bed, gun blazing. The Alamo’s chapel fell last, as the few men standing continued to resist.

An hour and a half after it began, the assault was over. As many as seven defenders survived the battle, but Santa Anna ordered their immediate execution. Officially 189 Texans perished, but the total was probably higher.

Santa Anna thought that as word spread of the Alamo’s defeat, Texans would lose heart and resistance would fade. Apparently, he learned nothing from the tiny force that was willing to take on an army, outnumbered about 15 to 1. Not to mention the 32 who fought to join them. 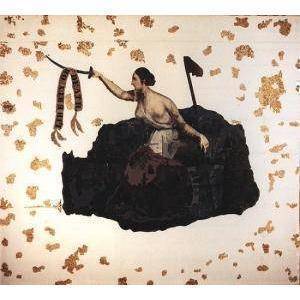 The Texas army swelled as news spread. Forty-seven days after the Alamo, Santa Anna’s army was defeated by the Texans in the Battle of San Jacinto, a battle that lasted 18 minutes. The following day, Santa Anna was captured, disguised as an ordinary soldier.

As the saying goes, “Don’t mess with Texas.”