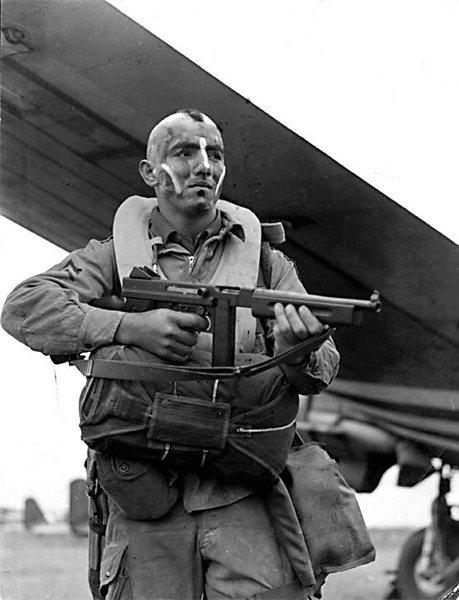 This is the second story about “The Filthy 13.” If you missed the first one, you can read it here.

Known for their disregard of military discipline, they didn’t take a lot of baths, didn’t keep their barracks clean. Too busy going AWOL.

They were members of the 101st Airborne, as you can see from the left shoulder patch in the photo here. 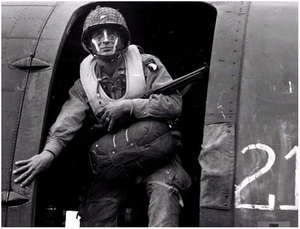 Demolition and sabotage experts, they were dropped behind enemy lines and in advance of Allied forces.

Sergeant McNiece called himself “the head troublemaker.” Half Choctaw, he had an idea before D-Day:

“When we got ready to jump into Normandy, all of us had scalplocks (Mohawks). We also had our faces painted.”

This is the same McNiece who described what his enlisting officer had to say:

“You may just be 23. I don’t know, but your face and your head looks like it’s been used as practice for hand grenade tossing and wore out three bodies already.”

The Filthy 13 were airdropped into France during the Normandy Invasion. They had orders to secure or destroy bridges over the Douve River, the boundary between Utah and Omaha Beach landings. 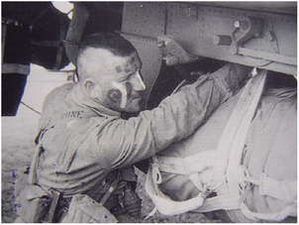 Robert “Ragsman” Cone was there:

“We landed near a hedgerow, from which the Germans were firing at us, and the guy I was with was killed. I got hit in the right shoulder, which broke my arm all the way down into the forearm. The bullet was lodged in there for a year.”

That’s Ragsman in the photo, checking packs of weapons, ammo and TNT.

When they got to the bridge they didn’t bother to secure it. True to form, they just blew it up instead, blocking enemy reinforcements from getting to the front.

The survivors of the Filthy 13 stayed intact as a unit until the Allies finally conquered Nazi Germany. They were in too many engagements to detail here, things like parachuting into encircled Bastogne in the middle of the Battle of the Bulge.

But those are tales for another day.

Thanks for reading! We hope you enjoyed this post. Please feel free to share on social media with all your fellow patriots.