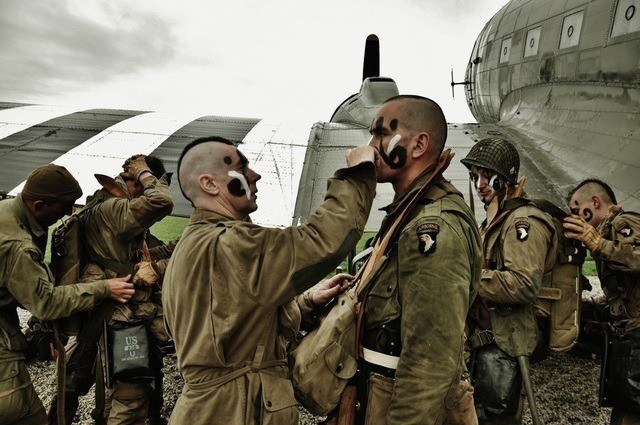 Have you ever seen the movie, The Dirty Dozen? The real life soldiers it was based on were known as “The Filthy 13.” And a crew of troublemakers they were!

“We weren’t murderers or nothing. We just did a lot more than they asked us to do, and we were always getting in trouble for that.”

The Filthy 13 was an unofficial demolition unit of the 101st Airborne. Sergeant Jake McNiece is probably its most famous (or infamous) member. Always in trouble for skipping reveille, one time he claimed that it violated his mother’s Choctaw Indian heritage. That didn’t work, so he went on a drinking binge in town:

“I ended up beating the MPs with their own nightsticks.”

A few days later he got out of the stockade.

“But we went AWOL every weekend that we wanted to and we stayed as long as we wanted till we returned back, because we knew they needed us badly for combat. And it would just be a few days in the brig. We stole Jeeps. We stole trains. We blew up barracks. We blew down trees. We stole the colonel’s whiskey and things like that.”

They became famous when Stars and Stripes newspaper featured a photo of them. 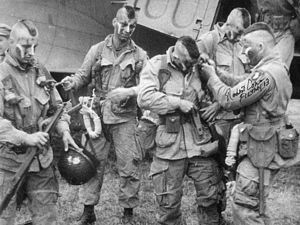 McNiece had the idea to cut their hair into mohawks and wear war paint, as part of their upcoming mission behind enemy lines on D-Day.

And blow things up they sure did. Jake himself made four combat jumps, staring with with one on D-Day. He wasn’t an Airborne Screaming Eagle for nothing.

We’ll cover some of that in the next installment.

And I’ll tell you how they got their name.

Thanks for reading! We hope you enjoyed this post. Please feel free to share on social media with all your fellow patriots.