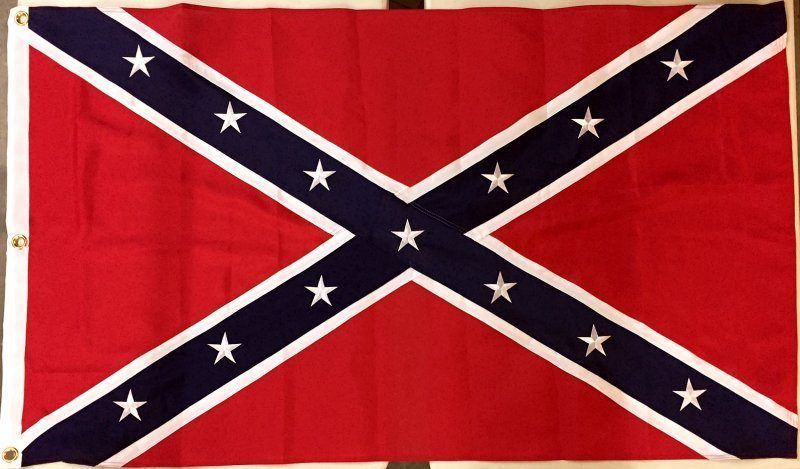 Sometimes, history doesn’t always remember things in a positive light. Events, famous quotes, and symbols of history can be remembered fondly or with contempt. Some things in American history deserve healthy skepticism, such as the Vietnam War, Dennis Rodman, capri pants, and, let’s be honest, most fashion choices of the 1980s.

However, some things in history get an undeserved bad rap. In these cases, scholars and the public might paint a picture of the event or symbol that is unfair. In these cases, purposefully or accidentally, history misunderstands the true meaning of what happened.

1. Most southern whites didn’t have slaves.

Contrary to popular opinion, owning slaves was not the norm in the south. For the most part, slaves were owned by the rich, and there were plenty of people in the south who vehemently opposed the concept. Most southerners wouldn’t have signed on to go to war for something they didn’t support.

2. It flew over the South Carolina capitol.

South Carolina found it acceptable to display the Confederate flag on its grounds for fifty-four years. Supporters said that the flag stood for tradition, not for hate. To this day, the flag remains at the nearby Confederate Relic Room and Military Museum.

4. Most Americans don’t associate the flag with racism.

In 2015, CNN investigated the matter of how people perceive the flag. The results surprised the critics. The survey found that more than half of Americans don’t think the flag is racist. Instead, they see the flag as a symbol of Southern American pride. The results of the 2015 study were virtually unchanged from a previous study conducted in 2000.

5. The flag went through several versions.

What you see today associated with the Confederate flag isn’t exactly anything that was ever an official Confederate flag. The Confederate battle flag was square, not the rectangular shape you’re used to seeing today. Other Confederate national flags looked completely different, but some people thought they looked too similar to the Stars and Stripes.

6. The flag stood for resistance to federal government.

7. The Civil War was complicated.

There was no single cause of the civil war. Lots of factors were in play, including state’s rights, taxes, tariffs and outright political power. The leaders of both the north and south struggled with all of these issues, and neither group was happy with the other when the Civil War ultimately seemed like the only way to resolve the many conflicts.