Vortex of Hell: How the Texas “Bloody Fifth” Regiment Got its Name 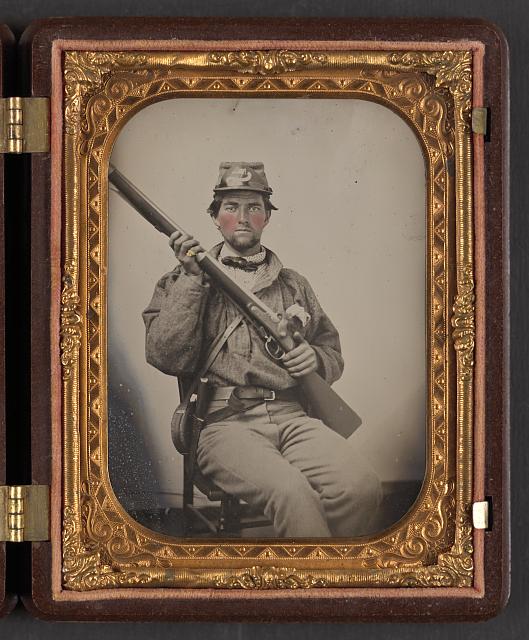 It was the winter of 1861 – 1862.  The 5th Texas was encamped on the Potomac River, the 5th New York across the river.  The New Yorkers were a Zouave regiment, meaning they wore uniforms modeled after French Colonial soldiers.

The men on both sides were known for their courage.  Choice words were exchanged, explaining how the other would fare against them in a fight.  By the time the Texans moved on, they were more than ready to meet the New York Yankees in battle.

Their chance would come the following summer at Second Manassas, what the North called Second Bull Run.  The 5th Texas was part of General Hood’s Texas Brigade, in turn part of Major General Longstreet’s force of nearly 30,000 men, preparing to engage the Federals.  It was just after 4 PM when the Rebels rose and began their advance.

One of Hood’s men later wrote that the Confederates “rushed forward at a charge from the word go, all the time keeping up an unearthly yell….”

The first unit the Texans encountered was the 10th New York, who “fired one volley and fled, closely pursued.”  The 10th was driven backward, right into the location of the 5th New York.

The Texans advanced through woods and underbrush, pushing the men of the 10th in retreat.  When the 5th Texas got to the edge of the woods, there facing them was the 5th New York, on higher ground and across a creek.  A volley of fire from the Federals rang out, but the wooded terrain around the Rebels was good protection.  One Texan wrote, “From the Zouaves we received a heavy fire, which was kept up by both sides for a few minutes, but the steady well-directed aim of our Texas men told heavily on the enemy.”

The Texans charged into the New Yorkers, one of whom said, “Where the Regiment stood that day was the very vortex of Hell.”  The 5th New York was decimated, losing 332 men out of 525, the greatest number of soldiers killed of any Federal regiment in a single battle.  All in only ten minutes.

But the 5th Texas was not done.  They continued to advance, slicing through the Union lines.  They raced ahead of the rest of the Confederate army, moving as far as five miles from where they started.  As General Hood stated in his after-action report, the 5th Texas had “slipped the bridle,” and earned the name of “The Bloody Fifth.”