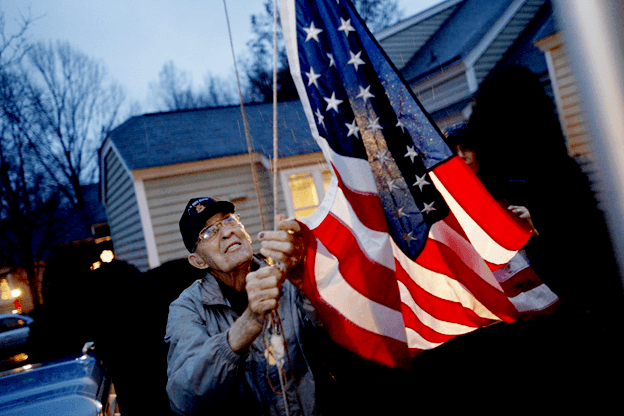 They Told Him to Take His Flagpole Down

Retired Army Colonel Van T. Barfoot loved his country and had served it bravely in three wars, WWII, Korea, and Vietnam. So, he proudly flew his American flag on a 21 foot pole in the front yard of his Virginia home.

But in December 2009, his local homeowners’ association told the veteran, now 90 years of age, to take down that flagpole because, according to them, it “violated the neighborhood’s aesthetic guidelines”, and they threatened legal action.

They didn’t know who they were messing with. Barfoot was someone very special, and was not used to backing down.

During his long military career Barfoot earned the Bronze Star for valor during the Allied invasion of Sicily in July 1943.

He earned the Silver Star for actions during the invasion of mainland Italy in December 1943.

During his next campaign he was to earn the Medal of Honor. Here’s how that story goes:

In January 1944, Sergeant Barfoot landed at Anzio and advanced inland and his unit became isolated and their communications cut. What did Barfoot do?

His Medal of Honor citation reads:

He “single-handedly destroyed a set of German machine gun nests, killed eight enemy soldiers, took 17 prisoners and stared down a tank before destroying it and killing its crew — all in a single day. Exhausted by his herculean efforts, he still managed to move two of his wounded men 1,700 yards to safety.” 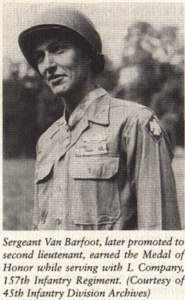 That was in Italy. By the time he moved on to France he was a lieutenant.

Barfoot didn’t hang up his uniform until 1973. 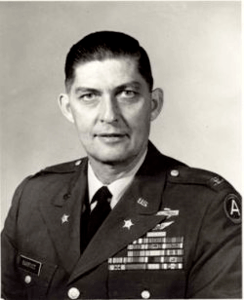 What was this group thinking? They were trying to deny permission to put up a pole to fly the Stars and Stripes of the nation he loved and had so honorably served?

Well, the news got out. The American Legion rallied behind him, and so did the Governor of Virginia, and the White House.

As a result of this so called “controversy, ”in February 2010, the Virginia Senate approved a bill to bar homeowners associations from prohibiting display of the U.S. flag.

Thank you for another victory, Colonel Barfoot. Well done!