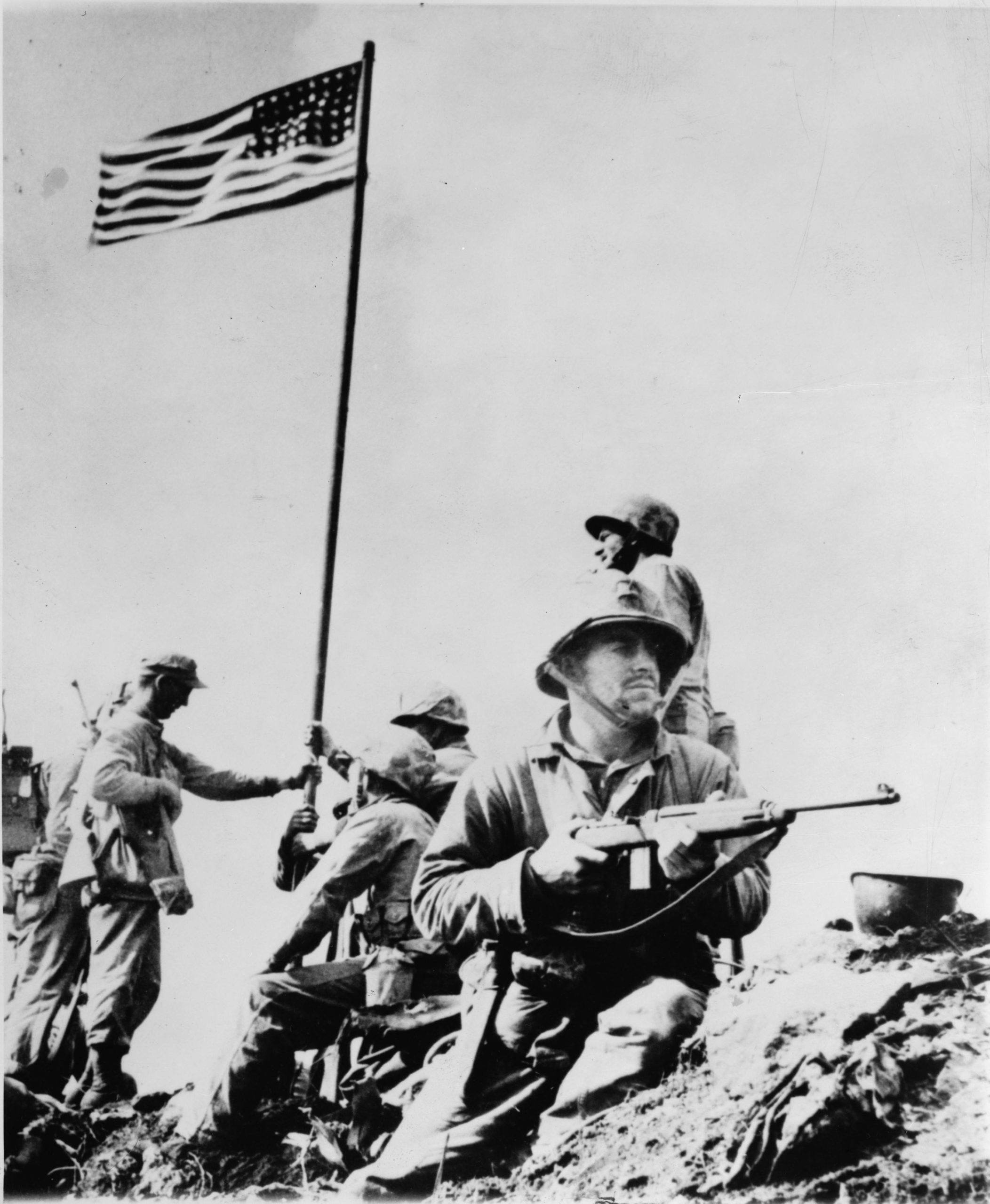 Tony saw plenty of combat in the Pacific.

But he is most famed for his actions at the Battle of Iwo Jima.

A son of immigrants, Tony Stein enlisted in the Marine Corps in 1942, becoming a Paramarine.

Paramarines were an experiment to test the idea of dropping Marines into battle. His regiment saw plenty of combat. In the Solomon Islands northeast of Australia, Tony took out 5 snipers in a single day.

Tony was reassigned to the Fifth Marine Division in 1944. He had been a  toolmaker before the war, and he worked with an armorer to modify an aircraft machine gun from a dive bomber. Called “Stinger,” the weapon had twice the rate of fire of the Browning .30 caliber infantry machine gun. 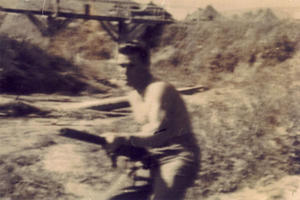 When Tony hit the beach at Iwo, his platoon got pinned down by mortar and machine gun fire. To locate enemy positions, Tony stood up and waved to draw fire.

Then he charged, Stinger blazing away. One after another he assaulted the pillboxes.

Stinger’s heavy rate of fire meant Tony quickly ran out of ammo. So he kicked off his boots and helmet so he could move fast on the sand, and headed back to the beach for more ammo.

On his way he picked up a wounded Marine, carrying him back for treatment.

He made this trip 8 times, each time bringing a wounded man back to the beach and grabbing more belts of ammunition.

Finally, he directed fire from a half-track against a stubborn pillbox until all the fortifications were destroyed. 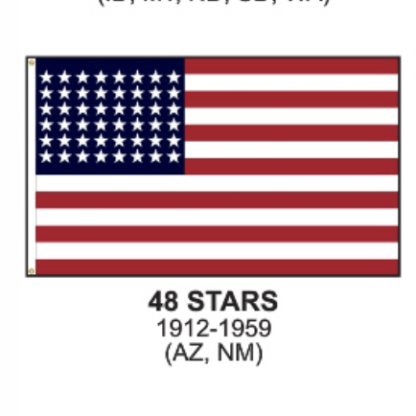 The Marines pushed on until the American flag was raised on Mount Suribachi.

Corporal Tony Stein was wounded in that battle. Evacuated to a hospital ship, his actions would earn him a Medal of Honor. But while recovering on his cot, Tony got word that his regiment was taking heavy casualties during the continuing battle for the island.

This Marine simply got up and returned to his unit.  What a brave man! May we all have the courage to stand up for what’s right when duty calls.