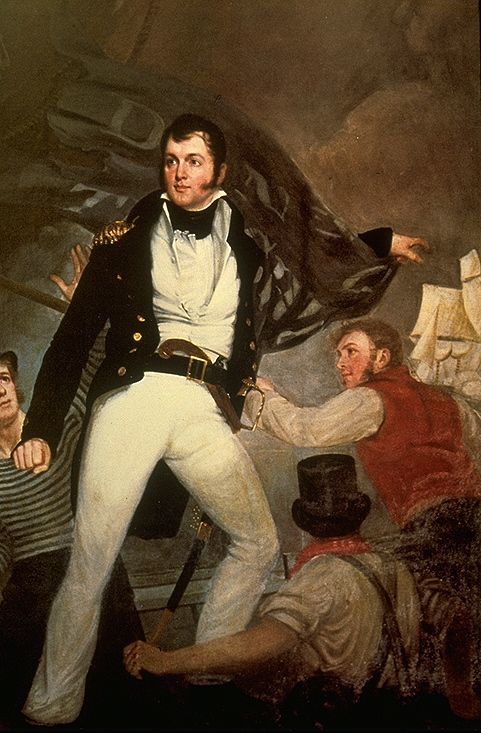 “Don’t Give Up The Ship”

The War of 1812 was fought between the United States and Great Britain over violations of American maritime rights. The Americans objected to the British Empire restricting their trade and snatching their sailors to serve on British ships.

During this conflict Oliver Hazard Perry was aboard the USS Chesapeake as it engaged the British ship HMS Shannon.  Perry’s commanding officer, Captain Lawrence, was mortally wounded in the battle.  As Lawrence lay dying he implored Perry to not give up the ship.  Perry later had a personal flag made with the words, “Don’t Give up the Ship.”

Perry was appointed commander of a new American Lake Erie fleet being built. Perry and his men completed six vessels by July of 1813. On September 10, 1813, Perry was aboard his flagship Lawrence, his “Don’t give up the ship” flag flying. Suddenly the lookout spotted a British squadron, and Perry ordered his ships into action, cannons unleashed. 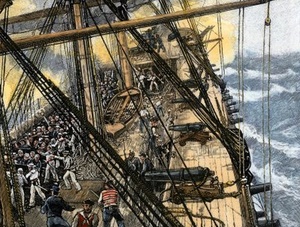 A few hours later the British ships struck their colors. Immediately following his victory, Perry wrote these famous words in a report:

“We have met the enemy, and they are ours…”

Perry became the first Naval Commodore in history to defeat an entire British squadron and bring back every ship as a prize of war.