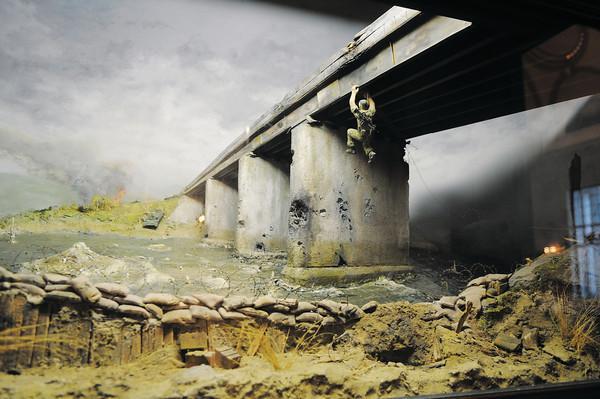 Blow the Bridge or Die!

But no one was thinking about that now. An enemy armored division had appeared on the other side of the river. Two hundred tanks and 20,000 men were assembling to cross a bridge and annihilate Ripley and the Marines.

“We didn’t have the wherewithal to stop that many tanks. We had little hand-held weapons. And we certainly didn’t have anything on the scale that was needed to deal with the threat. Originally  20 tanks had been reported.”

An aerial observer, quite high up, flew over and said,

“You got bumper to bumper tanks from the Ben Hai River all the way to Dong Ha. They can’t even turn around they’ve got so many of them.”

There was only one solution: blow the bridge.

“I don’t think it ever entered his mind not to do what he had to do. Despite the fact that someone might say, ‘Do you realize what you’re doing?’ What did they want him to do? Turn the radios off and leave? That’s just not the Marine Corps way. Ever!”

A South Vietnamese Marine Sergeant fired on and disabled an enemy tank at the head of the column, buying time.

Ripley was soon swinging like a monkey from the underside of the bridge, hand over hand, setting explosives. This was not a movie, where you just put them any old place. To blow a steel and concrete bridge, you have to get the right placements and patterns.

Exhausted, muscles burning, he was waiting on the riverbank for the explosion when he saw an injured mother with her child trailing well behind. The explosion would have killed the little girl, so Ripley raced out, scooped her up and raced away from the bridge toward the mother.

Boom! The explosion blew Ripley and the child into the air. He landed, with the child safe on top of him.

When the smoke cleared, Ripley saw the whole bridge had collapsed. 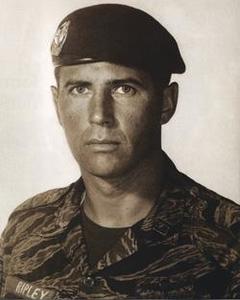