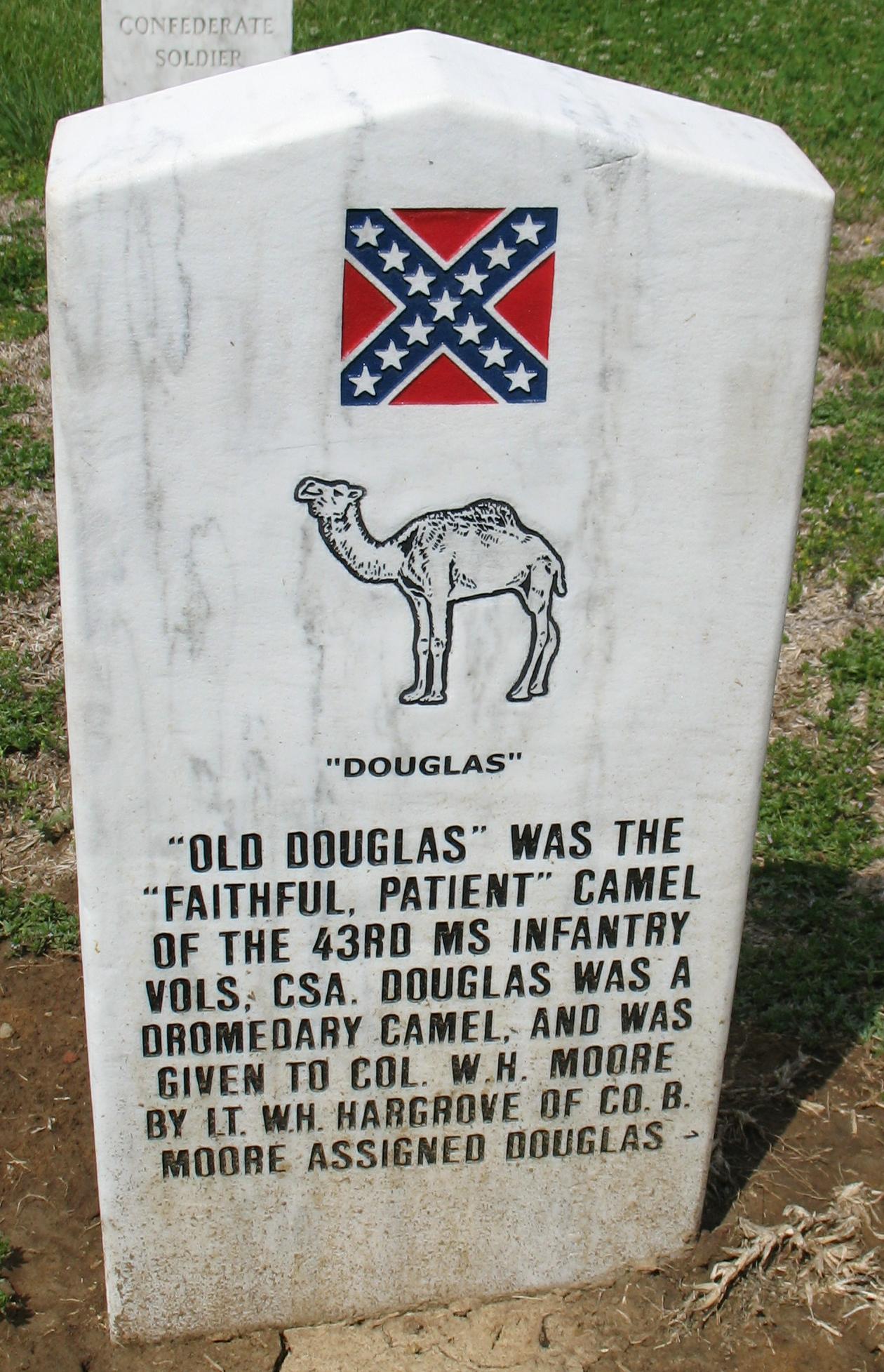 Douglas the Camel served with the 43rd Mississippi Infantry during the Civil War.  By the time he became a Rebel, though, “Old Douglas” was already a veteran, having served with the U.S. Army camel brigade.  Here is his back story.

Jefferson Davis is well known as the President of the Confederacy, but it is less known that Davis graduated from West Point in 1828.  He commanded a regiment in the Mexican War of 1846, leading his troops with distinction at the battles of Monterrey and Buena Vista.   In a letter home we read these words about Colonel Davis from one of his soldiers:

“He is always in front of his men and ready to be the first to expose himself.  He has taken his troops into so many tight places, and got them out safely, that they begin to think if they follow him they will be sure to succeed.”

Jefferson Davis went on to become a U.S. Congressman, but it was as a U.S. Senator and later Secretary of War that his influence resulted in the Army Camel Experiment.  Congress appropriated $30,000 for “the purchase and importation of camels and dromedaries to be employed for military purposes.”

One of the difficulties that the Army faced in the desert was the care and feeding of horses, mules and oxen. A creature used to desert conditions had obvious advantages.  Camels were fast, could carry heavy loads for days without water, and could forage on practically anything.

When these beasts first arrived, the local Texans did not believe they could carry the weights claimed.  So one of the officers had two bales of hay loaded onto one of the males.  That was only 600 pounds, so he had two more bales loaded, a total of 1,256 pounds.  The camel rose with ease and walked off.

By the time of the Civil War, “Old Douglas” had somehow made his way east to Mississippi and into the Confederate Army.  The men didn’t know anything about camels, and tried to keep him on a tether.  But no rope could ever hold Douglas, and eventually the soldiers learned to just let him graze freely.  That was no problem because he was never far from the men.

Besides acting a mascot, Douglas was assigned to the regimental band, carrying their instruments and supplies.

“Old Douglas” has the honor of his own grave marker.  This can be seen at Cedar Hill Cemetery, in Vicksburg, Mississippi.