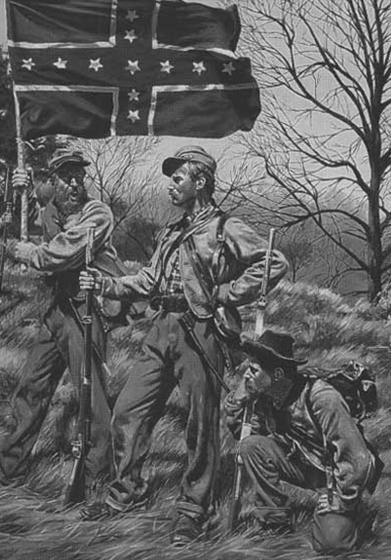 Although the Confederate flag has been the symbol of slavery and racism for hundreds of years in the South, some people in the North are trying to use it as a symbol of patriotism. One former mayor states that it’s his identification of the shared struggles of white people and the dedication to this nation. It is an issue of great debate at the present time, as there has been a lot of discussion on what to do with statues commemorating this time frame.

“In the more than 150 years since it was adopted by the Confederacy, the battle flag has been redefined numerous times by the people who display it – at times worn as a symbol of youthful rebellion and at others wielded as a show of racial hatred.”

Monumental decision: Should it stay or should it go?

Residents to vote on courthouse flag

A Chapel Hill highway no longer honors a Confederate leader. But what about the sign?

The Federal Government Is Spending A Fortune Protecting Confederate Cemeteries

UNC student who poured blood and ink on Silent Sam Confederate statue found guilty, but gets …