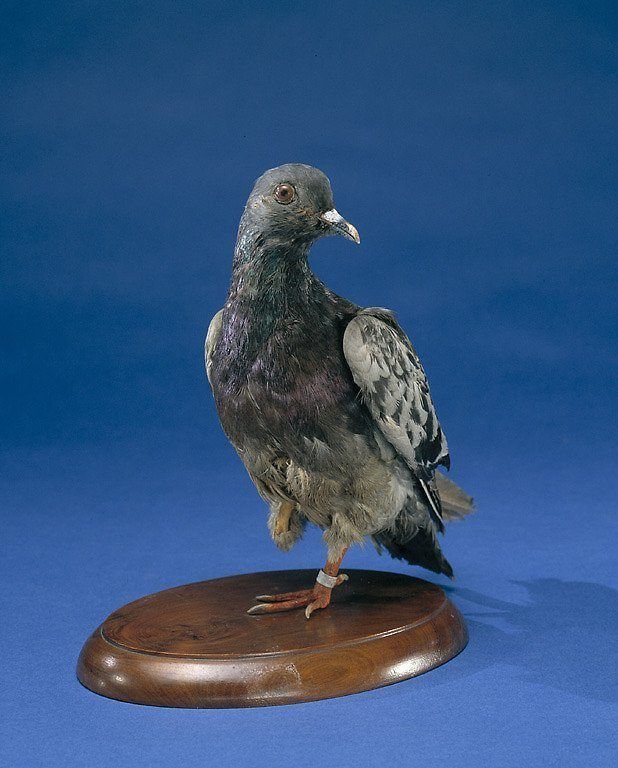 Heroic Bird of War – Cher Ami to the Rescue

There are “birds of war” that aren’t the metal flying machines equipped with abilities to release weapons on targets, but the flesh and blood feathered kind – pigeons, equipped with another type of targeting ability. Pigeons have been used as message carriers for over 5,000 years. Their service of delivering vital messages to the right places at the right time saved thousands of lives during WWI and WWII.

Pigeons have not been given the credit they are due, unless you know more about their history.  They are far more than “rats with wings” that mess up your car windshields, or are a nuisance in the park. They deserve as much gratitude and honor as any other veteran heroes of war.

The heroic actions of one pigeon in particular, Cher Ami, (French, meaning “Dear Friend) saved nearly  200 U.S troops , despite being badly injured. The bird was a gift from the British to the U.S. Signal Corps, and he served with the 77th Infantry Division in World War I.

It was late September of 1918 in northern France. A group of 500 American soldiers led by Lt. Colonel Charles Whittlesey were trapped in a small depression of a hill, surrounded by Germans. After the first day, only 200 of his “lost battalion” remained.

Not only was the 77th, stranded behind enemy lines, they came under friendly fire from unknowing U.S. troops. Whittlesey sent out two pigeons, but German troops quickly shot them down.

Whittlesey attached one last plea to the leg of pigeon Cher Ami.  As the bird flew away, German troops immediately shot at Cher Ami wounding him in the breast and in the leg. But the bird pressed on. It took him 25 minutes to fly through a rain of bullets the 25 miles back to Allied lines. Despite his wounds, and being blinded, Cher Ami successfully delivered Whittlesey’s message. It read:

“It’s hard a-standing on one leg!”

For his service, Cher Ami earned the Croix de Guerre. Today, you can visit a taxidermied Cher Ami in the Smithsonian National Museum of American History.

So, the next time you see pigeons in the park, perched on a wire, or see their “calling cards” left on your car, be a little more forgiving and remember their noble history and brave service. Give their kind a little more respect for having saved hundreds of American lives.