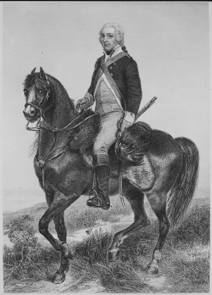 “First in the Hearts of His Countrymen:”Light Horse Harry’s Eulogy to Washington

“First in war, first in peace, and first in the hearts of his countrymen.” These famous eloquent words about George Washington come from a eulogy written by Henry “Light Horse Harry” Lee.

Light Horse Harry was a highly-decorated officer in the Continental Army, member of the Continental Congress, Governor of Virginia, father of the famous Civil War General Robert E. Lee, and close friend of George Washington.

The U.S. Congress was unanimous in assigning Lee to write Washington’s eulogy, believing he was best suited to eloquently express  “those sentiments of respect” for the beloved Revolutionary War General and First President of the United States. 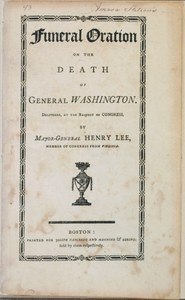 The term “Light Horse” refers to light cavalry, horses and men who are not heavily armored and are meant to be able to ride and maneuver swiftly. Lee had a renowned reputation for his excellent horsemanship and so earned the name “Light Horse Harry.”

Before the American War of Independence Light Horse Harry already had a reputation as a skilled commander of cavalry. In the Revolution, Lee led his men in many battles in the southern theatre of the conflict.  Lee distinguished himself as one of the Revolution’s most skilled and able guerrilla fighters. In 1773, he was promoted to major and took command of a mixed cavalry and infantry corps called Lee’s Legion.

He was known for his lightning raids, and was one of only eight men awarded a gold medal of valor by the Continental Congress during the Revolution.  When British General Cornwallis surrendered at Yorktown, bringing the war to an end, Lee was there.

After the war, Lee was elected Governor of Virginia, serving three one-year terms, and  commanded the militia sent to put down the rebels during the Whiskey Rebellion. 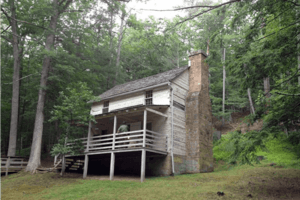