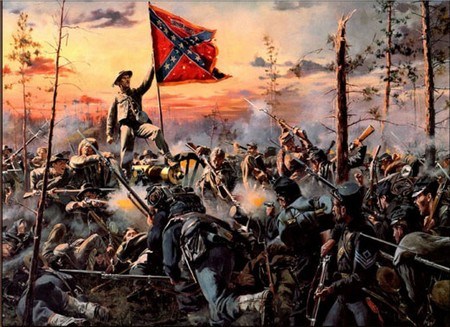 The general wisdom among scholars is that Alabama did not have an official state flag during the Civil War.  Consequently, modern authorities simply don’t recognize the people of Alabama as having had a flag symbolizing their state.  Insert the sound of my sigh here.   It is hard to imagine a fiercely independent and proud state like Alabama not having a commonly recognized flag as its symbol.   This is Part I of the search for the Civil War Flag of Alabama. 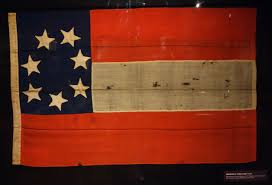 True, we have no record of a government resolution about the Alabama flag of this period, so we could say there is nothing “official.”  However, it just doesn’t make sense that a people who felt so strongly about States Rights did not have a flag with which they could identify.  Not to mention that Alabama had just declared itself an independent republic (it was not until February that representatives met in Montgomery to form the Confederate States of America).  So let’s look at the evidence. 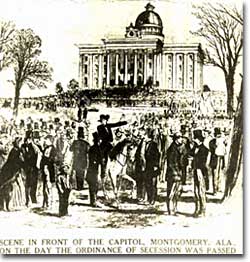 In December 1860, William Russell Smith was elected as a delegate to the Alabama secession convention, which met in Montgomery in on January 7th, 1861.  Smith also went on to organize and command the 26th Alabama Infantry Regiment, and was later elected to the Confederate Congress.

Smith compiled and edited a book on the secession convention, entitled The History and Debates of the Convention of The People of Alabama.  On page 56 he wrote:

“MR. DOWDELL moved an amendment, that when this Convention is in open session, the flag of Alabama shall be raised from the Capitol. The amendment was accepted, the motion adopted, and the doors of the Convention opened.”

Well, this tells us that there must have been a recognized “flag of Alabama.”   The reason that the Convention even made this resolution was because it was the custom of Alabama to use the Stars and Stripes for official government buildings.  Easy to see why a gathering to discuss secession might not want to fly the flag of the United States.

But what did this Alabama flag look like?  You can follow the next step in this trail in Part II of this series, which I will post tomorrow.

Perryville– It was Death to Retreat