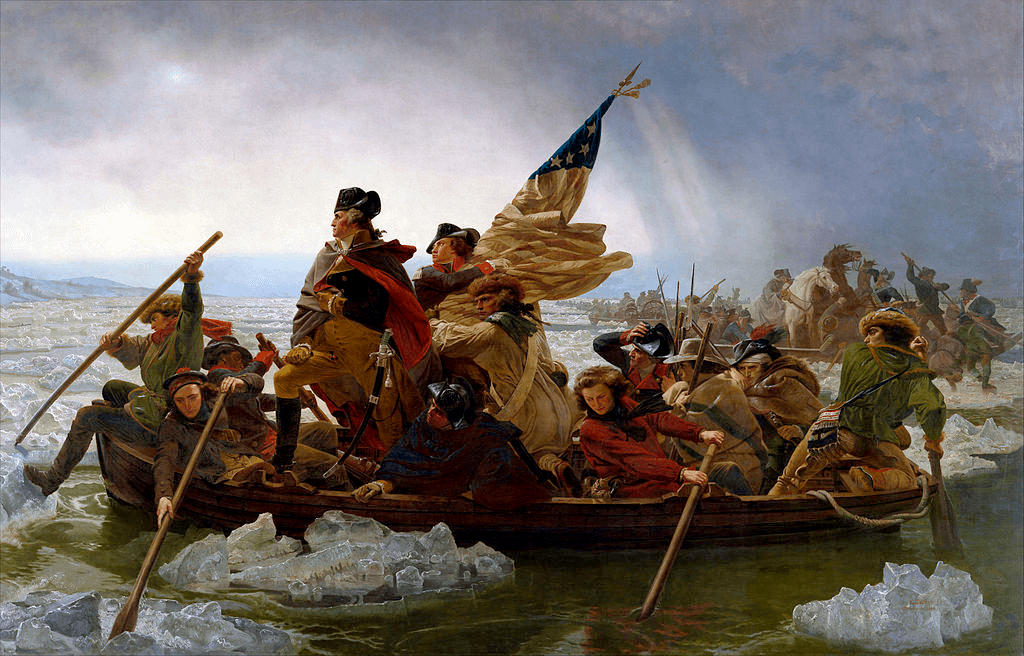 The battle was on Christmas Day of 1776. The place was Trenton, on the Delaware River of New Jersey. It was the scene of “Washington crossing the Delaware.”

America had declared its independence not quite six months before, but the year’s battles had been one disaster after another. Philadelphia was in panic. The Continental Congress had to flee the city, but before it left this instruction was given to General Washington:

“…until Congress shall otherwise order, General Washington shall be possessed of full power to order and direct all things.”

The Americans had been driven out of New York, and the harsh winter took its toll on Washington’s troops. Many of them were about to have their enlistment expire, and the General needed to act fast. He decided to attack at Trenton. The password for this operation was “Victory or Death.”

It was a cold, dark night. Heavy snow and sleet came down as Washington and his men crossed a river running with flowing ice. His soldiers were poorly clothed, some without gear for their feet. Landing on the other side, they marched on to Trenton, some leaving traces of blood on the snow. Two froze to death.

But the rebels surprised the Hessians, who attempted to form up in the town. American artillery and attack from front and read swiftly brought the battle to an end. Four Americans were wounded in the attack. The Hessians lost 20 killed and about 100 wounded.  One thousand Hessians were captured.

Lieutenant James Monroe was wounded in the battle. The army’s surgeon saved his life, repairing a damaged artery in his shoulder. James Monroe went on to be America’s fifth president.  Founding Father and future president James Madison, and future Supreme Court Justice James Marshall were also present at the battle.

This is not the end of the story, though. Washington’s decision to attack at Trenton not only gave the army and our new nation a need boost of morale, but provided a valuable resource after the war.

The Hessian prisoners at Newtown signed a parole of honor, and Washington allowing them to keep their personal baggage without examination. They were all treated well, and were scattered throughout the western counties of Pennsylvania and parts of Virginia. Many decided to stay in America when the war was over, settling in the German communities of the Keystone State. Among them were critically needed metal workers, Germans of high skill. Their contributions were vital to the new nation’s industry, one that eventually became second to none.