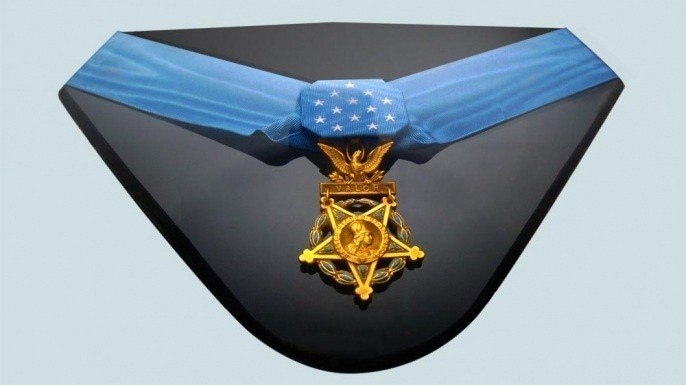 A Medal of Honor For A Vietnam Vet 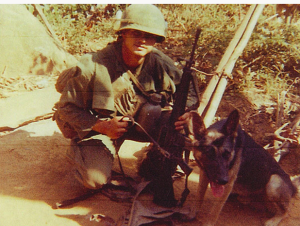 McCloughan reported to Army basic training in Kentucky in September 1968. On his last day of training the 23 year old private first class got his orders and was shipped off to Vietnam. He served as a combat medic for the next year, until March 1970. 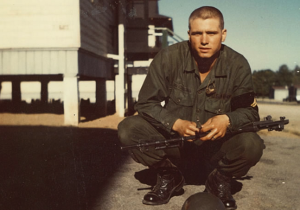 Armed Forces members who distinguish themselves by going above and beyond the call of duty in battle earn the Medal of Honor. McCloughan certainly did just that.

Here’s what happened on  probably two of the worst days of his life:

On the morning of May 13, 1969, “Charlie Company” was combat assaulted into an area near Tam Kỳ and Nui Yon Hill. During the combat assault, two American helicopters were shot down. The first crashed roughly 100 meters from the company’s position. With fierce enemy gun fire surrounding the position, a rescue helicopter could not land. Instead, a squad was sent out and ordered to bring the pilot and crew back to Charlie Company’s defense perimeter.

When the squad reached the perimeter around the crash site, they saw a wounded Soldier lying on the ground nearby who was too injured to move. McCloughan ran 100 meters to the Soldier through an open field, ducking and dodging the crossfire of his company and a charging platoon of North Vietnamese Army.

“I weaved and sprinted through the fire and slid in next to him like I was sliding into second base.” ~ James McCloughan

Upon reaching the wounded Soldier, McCloughan shouldered him and raced back to the company, saving his fellow Soldier from being captured or killed.

At Nui Yon Hill, later that afternoon the 2nd Platoon was ordered to scout the area. They were ambushed by a large NVA force and sustained heavy casualties. McCloughan entered a trench as American airstrikes were being dropped on the nearby NVA targets. He spotted 2 Soldiers without weapons huddled near a bush. With complete disregard for his life and personal safety, McCloughan leaped on the berm of the trench and ran low to the ground toward the ambush and the two U.S. Soldiers.

While McCloughan was looking for wounds on the men, a rocket-propelled grenade exploded and pelted him with shrapnel. He pulled the two Soldiers into the safety of the trench. Wounded and covered in blood, he ignored a captain’s suggestion to leave the battlefield to get medical attention. He stayed until the battle was over, tending to the men and fighting the enemy.  He braved an enemy assault, moving into the kill zone on four more occasions to extract wounded comrades.

Bleeding extensively, McCloughan treated the wounded and prepared their evacuation to safety. Although the Americans were heavily outnumbered by NVA forces, he refused to evacuate and remained at the battle site with his fellow Soldiers, knowing they would need a medic.

On May 14, 1st Platoon was ordered to move out toward Nui Yon Hill. They advanced to the initial trench line, and were approaching the second trench.  That’s when they saw the enemy moving in the grass ahead of them.

The Americans fired on the NVA and they called in an airstrike on the enemy’s position. After receiving orders to continue moving forward, they were ambushed. The medic from the 1st Platoon was killed, leaving McCloughan as the sole medical specialist in the company.

“The second day we lose our only other medic that we got … now I’m the only medic.”

During that intense battle, McCloughan was wounded a second time. This time it was by small arms fire and shrapnel from a RPG – all while he was rendering aid to two Soldiers in an open rice paddy.

In the final phase of the attack, two companies from the NVA and an element of 700 soldiers from a Viet Cong regiment surrounded Company C’s position on three sides. McCloughan, again with complete disregard for his own life, went into the crossfire to extract wounded Soldiers, while also fighting the enemy. His relentless, courageous actions inspired and motivated his comrades to fight for their survival.

That night, when supplies ran low, McCloughan volunteered to hold a blinking light in an open area as a marker for a nighttime re-supply drop. He remained steadfast while bullets landed all around him and RPGs flew over his exposed body.

During the dark, early morning hours of May 15th, 1969, McCloughan knocked out the RPG position with a grenade. He continued to fight and eliminate enemy soldiers. In addition, he treated numerous casualties, kept two critically wounded Soldiers alive during the night and organized the dead and wounded for evacuation at daylight.

He risked his life nine times, while continuously being pelted with shrapnel.

The Pentagon credits McCloughan with saving the lives of 10 men in his company.  For his actions, he is awarded America’s highest military honor, The Medal of Honor.

McCloughan has also received other Army awards, decorations, and citations for his military service, including the Bronze Star, the Purple Heart, and many others.  He has also been an an accomplished outstanding private citizen in his community.

Thank you for your service to our country James McCloughan, Medal of Honor recipient!