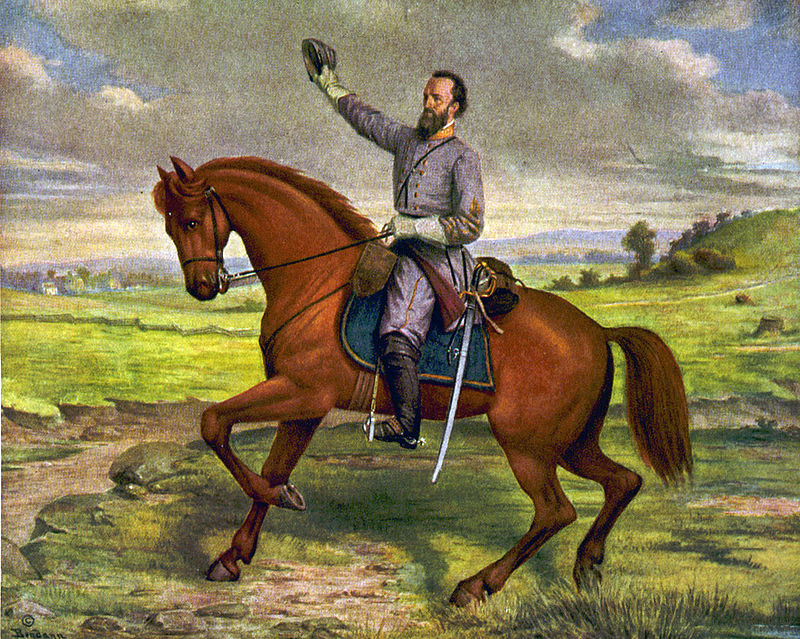 He became one of the best-known Confederate commanders after General Robert E. Lee. His great-grandfather was born in England, but fought against the British in the American Revolution.

Born in what was then part of Virginia (in present-day West Virginia), Jackson didn’t have an easy life. Thomas Jackson was born in the town of Clarksburg, Virginia, on January 21, 1824. He was the third child of Julia Beckwith (née Neale) Jackson (1798–1831) and Jonathan Jackson (1790–1826), an attorney.

Both of Jackson’s parents were natives of Virginia. The family already had two young children and were living in Clarksburg, in what is now West Virginia, when Thomas was born.

In 1826, Thomas’ older sister and father died of typhoid fever. His mother was now widowed at age 28, with much debt and three young children. She sold the family’s possessions to pay the debts. She declined family charity and moved into a small rented one-room house.

Julia took up sewing and taught school to support herself and her three young children for about four years. In 1830, Thomas’ mother remarried. After giving birth to Thomas’ half-brother, she died of complications leaving Thomas, and her other 2 children from the 1st marriage, orphaned.

Thomas was sent to live with his Aunt Polly (his father’s sister) and her husband, Isaac Brake, on a farm four miles from Clarksburg. Thomas was treated by Brake as an outsider and, having suffered verbal abuse for over a year, ran away from the family. When his cousin in Clarksburg urged him to return to Aunt Polly’s, he replied, “Maybe I ought to, ma’am, but I am not going to.” Thomas walked eighteen miles through mountain wilderness to Jackson’s Mill, where he was welcomed by his uncles and he remained there for the following seven years.

Jackson helped around the farm. Formal education was not easily obtained, but he attended school when and where he could. Much of Jackson’s education was self-taught. He once made a deal with one of his uncle’s slaves to provide him with pine knots in exchange for reading lessons.

Thomas would stay up at night reading borrowed books by the light of those burning pine knots. Virginia law forbade teaching a slave, free black or mulatto to read or write. Even still, Jackson kept his promise and secretly taught the slaves.

Because of his inadequate schooling, Jackson had difficulty with the entrance examinations and began his studies at the bottom of his class at West Point. Displaying a dogged determination that was to characterize his life, he became one of the hardest working cadets in the academy, and moved steadily up the academic rankings.

Jackson graduated 17th out of 59 students in the Class of 1846. It was said by his peers that if he had stayed there another year, he would have graduated first. Jackson received an appointment to the United States Military Academy at West Point and graduated in the class of 1846.

He served in the U.S. Army during the Mexican–American War of 1846–1848 and distinguished himself at Chapultepec. From 1851 to 1861 he taught at the Virginia Military Institute. During this time, he married twice. His first wife died giving birth. But his second wife, Mary Anna Morrison, lived until 1915.

After the attack on Fort Sumter in 1861, Jackson joined the Confederate Army. He commanded a brigade at the First Battle of Bull Run in July, providing crucial reinforcements and beating back a fierce Union assault. Barnard Elliott Bee Jr. compared him to a “stone wall”, hence his enduring nickname.

Jackson performed exceptionally well in the campaigns in the Shenandoah Valley in 1862. Despite an initial defeat, Jackson was able to defeat three separate Union armies and prevent any of them from reinforcing General George B. McClellan’s Army of the Potomac in its campaign against Richmond.

Jackson then quickly moved to reinforce General Lee’s Army of Northern Virginia in defense of Richmond. During the Northern Virginia Campaign that summer, Jackson’s troops captured and destroyed an important supply depot for General John Pope’s Army of Virginia. They also withstood repeated assaults from Pope’s troops at the Second Battle of Bull Run. 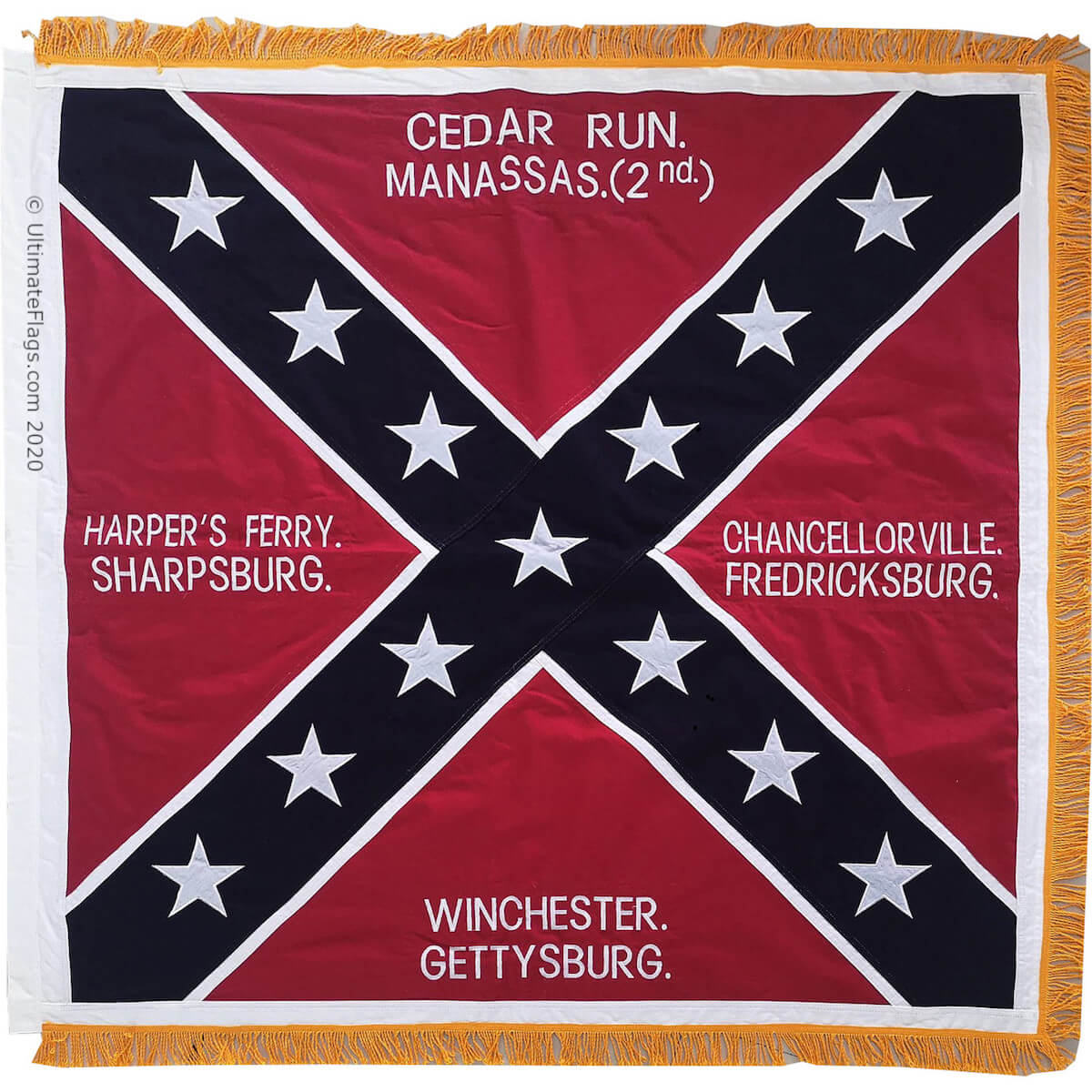 Jackson’s troops played a prominent role in capturing the town of Harpers Ferry, a strategic location, and providing a defense of the Confederate Army’s left at Antietam.

At Fredericksburg in December, Jackson’s corps beat back an assault by the Union Army under Major General Ambrose Burnside.

In late April and early May 1863, faced with a larger Union army now commanded by Joseph Hooker at Chancellorsville, Lee divided his force three ways.

On May 2, Jackson took his 30,000 troops and launched a surprise attack against the Union right flank, driving the opposing troops back about two miles. That evening he was accidentally shot by Confederate pickets. The general lost his left arm to amputation; weakened by his wounds, he died of pneumonia eight days later. 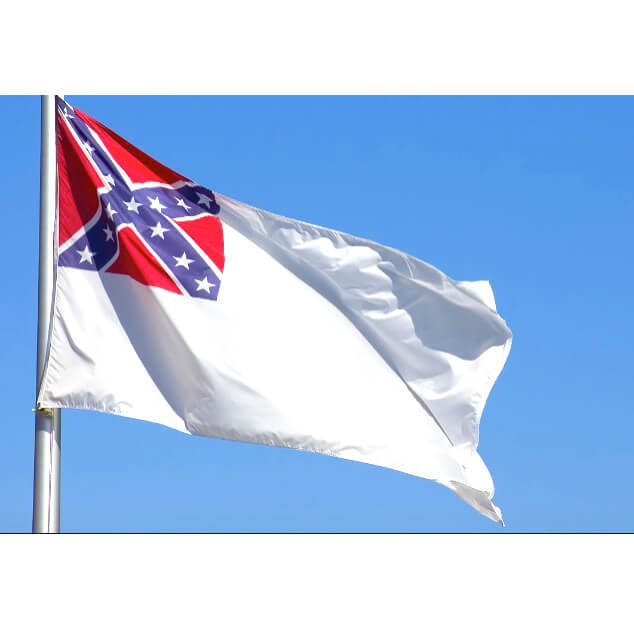 Upon hearing of Jackson’s death, Robert E. Lee mourned the loss of both a friend and a trusted commander. As Jackson lay dying, Lee sent a message through Chaplain Lacy, saying: “Give General Jackson my affectionate regards, and say to him: he has lost his left arm but I my right.” The night Lee learned of Jackson’s death, he told his cook: “William, I have lost my right arm”, and, “I’m bleeding at the heart.”

When Jackson died in 1863, there was the greatest outpouring of grief for a fallen hero in American history. His casket was draped with the Confederate Second National Flag (in fact the first one produced). His death touched every heart and hearth in the South and took away one of our great heroes.

To a great fallen hero, we honor your birthday today and forevermore.